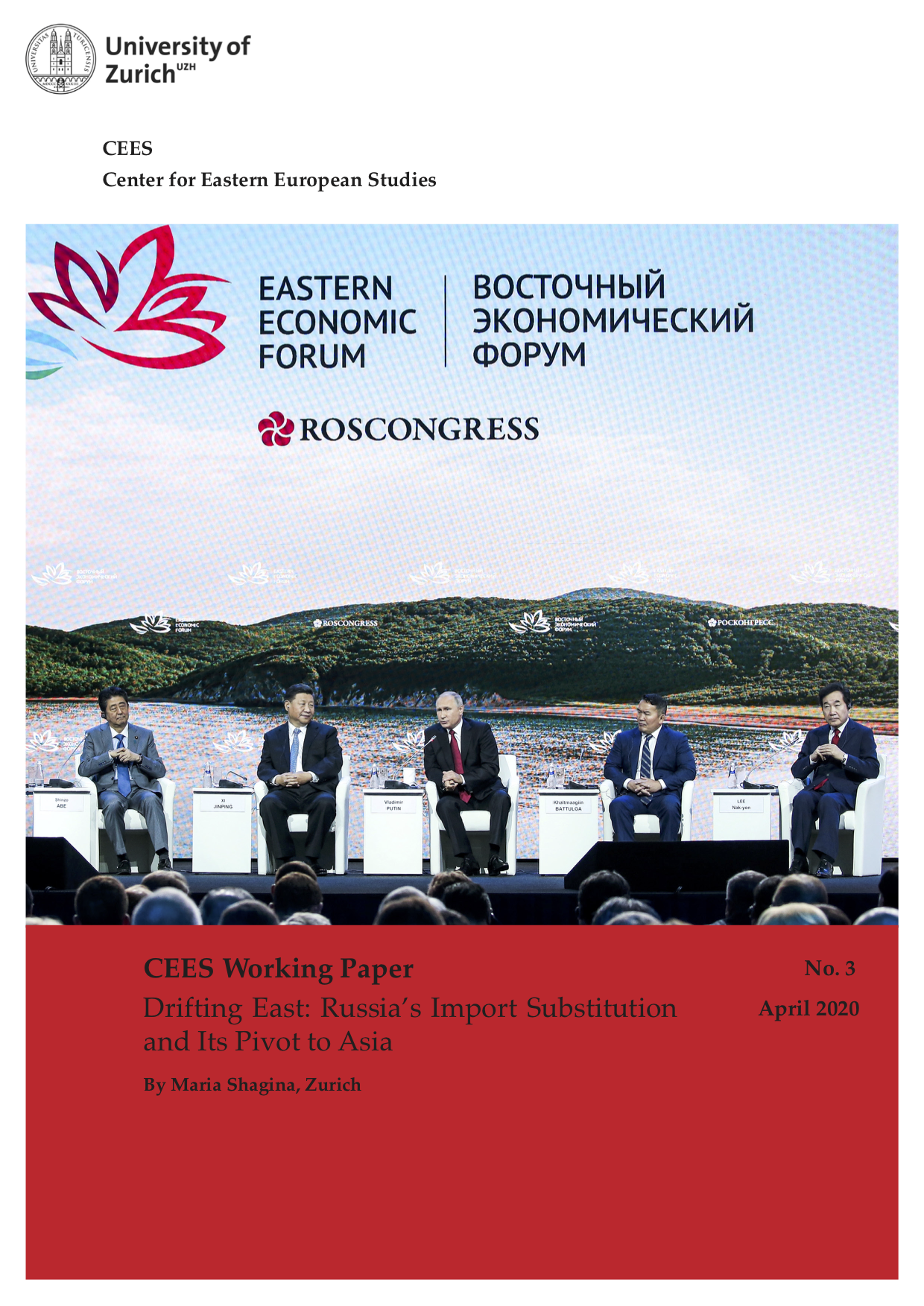 IIn response to Western sanctions, Russia launched a policy of import substitution with the aim of safeguarding its economic and technological sovereignty. Over the last five years, the program of import substitution has failed to achieve full economic sovereignty. Due to the lack of domestic capabilities, poor inter-sectoral cooperation, and rent-seeking, progress on substitution was protracted and weighed down by uncompetitive prices and poor-quality products. As a result, Russia adapted its approach. Moscow resorted to import diversification to non-Western markets and localization of foreign goods and technology—two strategies that have gradually replaced Russian-made import substitution. Russia’s pivot to Asia has proven to be crucial in buying time and alleviating external pressure. But the turn to the East has its own pitfalls and does not present a panacea to Western sanctions.

CEES Working Paper No. 2: Theopolitics on the Grand Chessboard 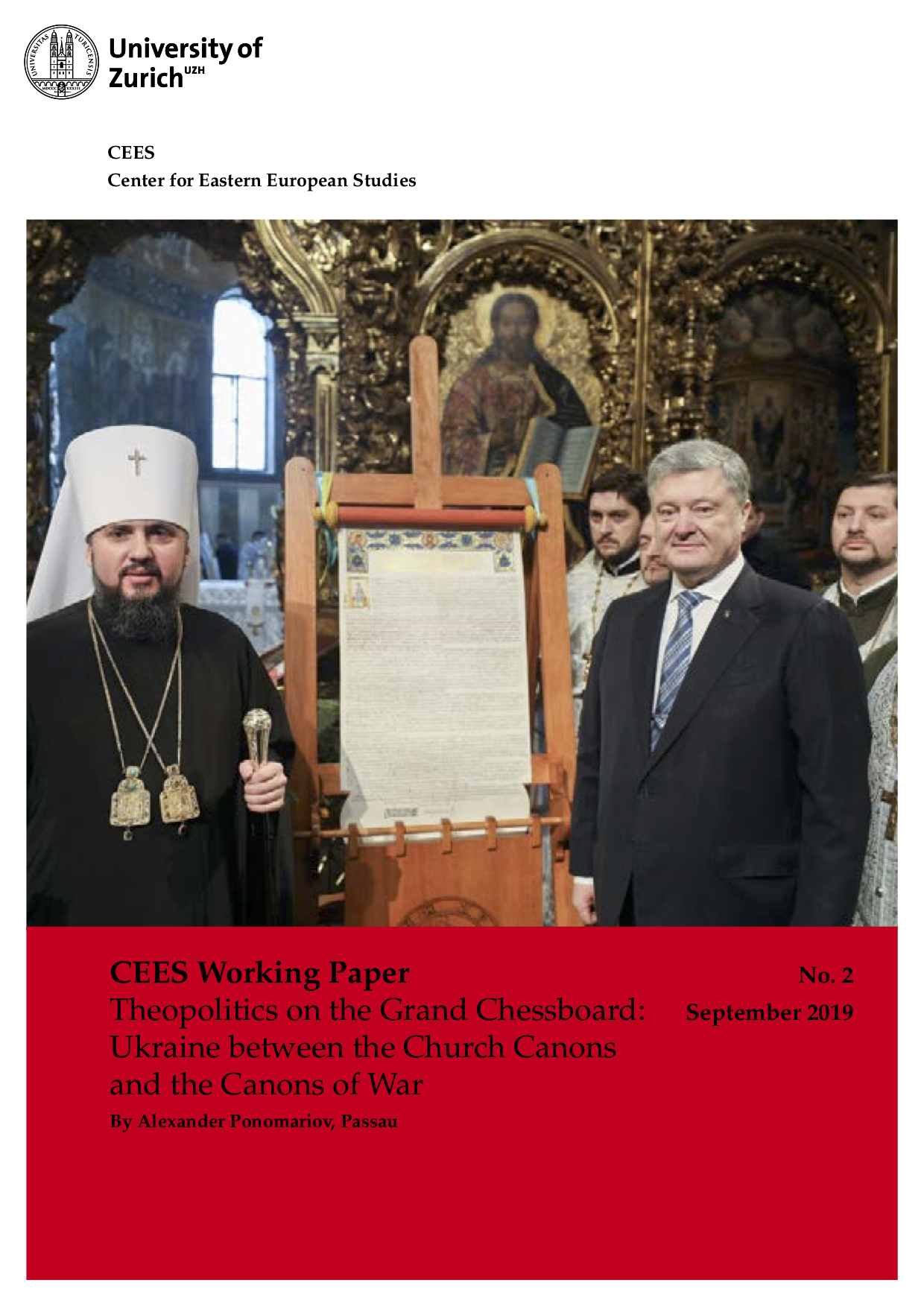 Alexander Ponomariov: Theopolitics on the Grand Chessboard: Ukraine between the Church Canons and the Canons of War, CEES Working Paper No. 2, University of Zurich, September 2019

In January 2019, the Ecumenical Patriarchate in Istanbul issued a document of independence for the newly created Orthodox Church of Ukraine. Playing on an imagined Byzantine past, the document asserted the Patriarchate’s cultural leadership of the Orthodox commonwealth. This was possible because of what could be called the Constantinopolitan Consensus, according to which the Orthodox churches recognize the Patriarchate in Istanbul as primus inter pares based on interpretations of antique canon law, which remains terra incognita for researchers of international politics. Ukrainian pres- ident Poroshenko made church autocephaly one of the three pillars of his 2019 re-election campaign (“Army, Language, and Faith”). In December 2018, he even imposed martial law in the country in order to convene the required church council and amend the Ukrainian Constitution’s provisions on future NATO membership. The leaders of the Moscow Patriarchate view such events as “combat actions” (военные действия) and are ready to resist, both parties instrumentalizing the church canons as the canons of war. As such, the decision to form an independent Orthodox Church of Ukraine has resulted in new tensions, both within Ukraine and between Ukraine and Russia.

CEES Working Paper No. 1: Russia and the International Order 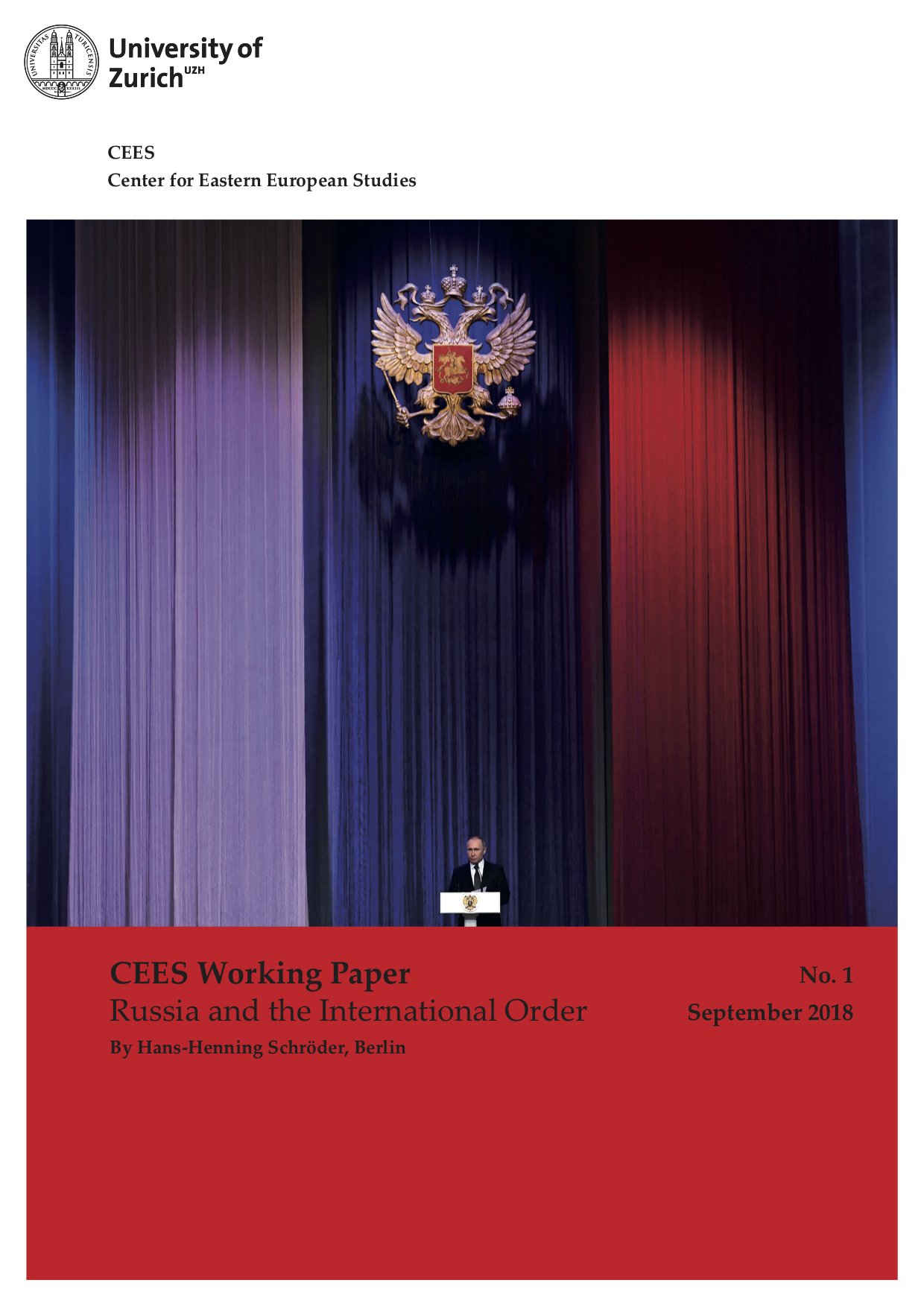 This paper considers Russia’s international position and the power resources that the country has by discussing four main issues: Russia’s power resources in international comparison; trends in perceptions of Russia’s role in the world among Russian security and foreign policy elites; the internal crisis of the Russian political system that emerged following the financial crisis of 2008; Russia’s domestic and foreign policy reorientation since 2011. The author argues that while Russia, namely due to its military build-up and military actions in Ukraine and Syria, is indeed seen as an important inter- national actor again, Russia’s claim to great power status essentially draws on an interpretation of history that underlines continuity to the Soviet Union and the Russian Empire. Such an interpretation of history will ultimately lead Russian foreign policy into a dilemma, since Russia does not have sufficient resources to sustain the role of a great power over a longer period of time. Particularly when its position is compared against the capabilities of other great powers, namely the United States and China, it is quite clear that Russia’s demographic, economic, and technological resources are far too limited for it to survive alone – without alliances – in a new, multipolar world. Sooner or later, Russia’s orientation towards the past will lead the county into a deadlock. Moreover, the current Russian discourse of self-reassurance makes it very difficult to initiate a constructive dialogue between Russia and the West regarding a solution to the various areas of conflicts.